I often receive questions about various HPDI products. This month, I want to answer a question I got about our Vitamin D3 PLUS supplement.

It is my hope that periodic answers to your questions may help others when making choices regarding nutritional supplements. HPDI always strives to formulate the highest purity and highest quality supplements available. Please read about our four-pillar Approach to Formulation.

QUESTION: I see the source of the Vitamin D3 and Vitamin A in the product is fish liver oil. Are there any test results available for mercury or other heavy metals?

HANK: I am always careful when formulating any product to minimize any potential toxins. Vitamin D3 and Vitamin A from fish liver oils, as are found in the HPDI Vitamin D3 Plus formula, are highly concentrated sources which means that only milligram amounts are needed. That by itself means there would be very low levels of toxins. 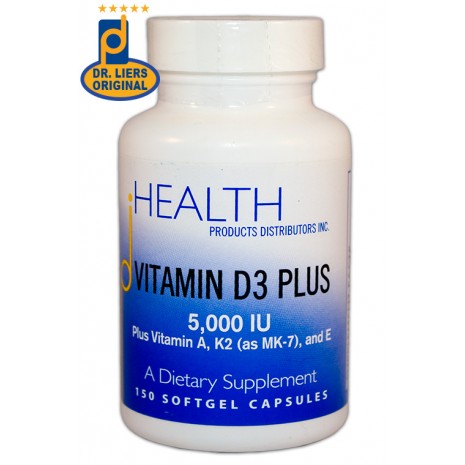 The fish liver oils in Vitamin D3 Plus are exceptionally high in purity.

MORE ABOUT VITAMIN D3 PLUS

Vitamin D3 PLUS is formulated as an advanced Vitamin D3 formula. It incorporates various cutting-edge design features and offers many benefits. Here are some relevant facts about HPDI’s Vitamin D3 PLUS:

• The formula provides Vitamin D3 (cholecalciferol) from highly purified fish liver oil. We avoid the use of Vitamin D2 because of a greater potential for toxicity, poorer absorption, and reduced effectiveness. Furthermore, we prefer Vitamin D3 in a softgel form. In softgels, the oil is incorporated without using other ingredients (like corn starch) used for microencapsulation to make Vitamin D into a powder that is then put into a capsule. HPDI avoids using fillers and excipients in products whenever possible. (See A Pure Approach to Formulation for our four pillar system of supplement design).

• Vitamin D research during the last 10 years shows an optimal amount of supplemental Vitamin D for most people of about 5,000 IU. This is what is generally needed to get blood levels of Vitamin D to the level of 50–80 ng/ml (nanograms per milliliter).

• Non-GMO sunflower lecithin acts as an emulsifier of Vitamin D and ensures effective absorption of the Vitamin D in Vitamin D3 PLUS. In addition, the use of rice bran oil further supports absorption of fat-soluble Vitamin D. Optimizing absorption of Vitamin D is critical especially in cases of Crohn’s disease, Celiac disease (gluten intolerance), and irritable bowel syndrome.

• Vitamin D3 is combined with Vitamin A because they act synergistically. It is known that high dose Vitamin A without Vitamin D can cause bone loss. However, there is no observed bone loss when adequate Vitamin D (more than 2,000 IU daily) is taken together with Vitamin A. Chris Masterjohn eloquently discusses this topic in his seminal article “Vitamin A on Trial: Does Vitamin A Cause Osteoporosis” (see Weston A. Price Foundation website). Also, Masterjohn states that Vitamin A taken in conjunction with Vitamin D is necessary for proper bone remodeling. We include 1,000 IU of Vitamin A along with Vitamin D3 in Vitamin D3 PLUS.

• Vitamin K2 (especially as Menaquinone-7) is necessary for the proper activation of bone matrix proteins by conferring upon them the physical ability to bind calcium. Chris Masterjohn has beautifully discussed this issue in his paper “On the Trail of the Elusive X-Factor: A Sixty-Two–Year-Old Mystery Finally Solved” (see Weston A. Price Foundation website). Because Vitamin K2 is needed to facilitate the function of Vitamin D in proper bone formation (including teeth), Masterjohn states that Vitamin D toxicity is most likely a case of Vitamin K2 deficiency.

• In their book Health Benefits of Vitamin K-2, Larry M. Howard and Anthony G. Payne assert that as little as six mcg of Vitamin K2 (as MK-7) can be beneficial to the body. We therefore include 10 mcg of MK-7 per softgel in Vitamin D3 PLUS. In addition, research has shown that Vitamin K2 can help remove calcium from soft tissues in the body and instead put the calcium into bony structures. Vitamin K2 is found naturally in fermented foods such as cheeses, sauerkraut, dairy products, natto (i.e., a traditional Japanese dish of fermented soybeans), and in dairy products, eggs, and certain meats.

• In light of recent research on Vitamin D, we recommend most people take 5,000 IU of Vitamin D3 daily (unless there is some constraining lifestyle factor or compelling medical reason). Due to its long half-life (about 30 days) in the body, Vitamin D3 PLUS can be taken effectively in smaller doses if needed (e.g., 5,000 IU taken fewer times per week). For example, taking one capsule once per week would give a daily equivalent dose of about 714 IU (i.e., 5,000 IU divided by seven days).

• Other nutrients ideally taken with Vitamin D3 in order to achieve maximum benefit include magnesium, calcium, zinc, and boron. These additional nutrients are included in HPDI’s foundational supplements and bone formulas (Bone Jour!, Bone Guardian, and Cal/Mag Plus). 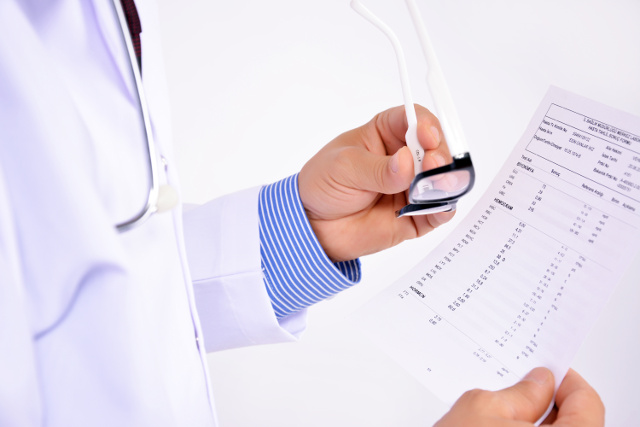 Testing helps ensure the purity and effectiveness of HPDI products.

• A human being optimally produces 10,000–20,000 IU of Vitamin D3 (cholecalciferol) when exposed to full sunlight on a significant portion of skin for about 30 minutes.

• The body only starts to get the full benefits of Vitamin D3 after it has produced or taken orally about 5,000 IU daily.

• In this world of sun avoidance, sun blocks, working indoors, latitudinal effects, etc. a majority of the population suffers in multiple ways from deficiency (or less than optimal levels) of Vitamin D3.

• Vitamin D3 is actually a steroid hormone with very powerful effects and, with few exceptions, cannot be obtained in sufficient amounts from your diet.

GOT QUESTIONS ABOUT HPDI PRODUCTS?

We at HPDI welcome questions about our products. Please use our contact webform or email your questions to: support(at)integratedhealth.com.

Awareness of the adverse effects on the human hormone system due to endocrine disrupting chemicals is increasing. In particular, four of these chemicals – benzene, toluene, ethylbenzene, and xylene – are ubiquitous in the air and various consumer products.

HPDI’s Rejuvenation Program offers a comprehensive set of recommendations for health and wellness, including suggestions for avoiding and preventing toxicity, as well as detoxification. HPDI recommends avoiding unnecessary exposure to hormone-impacting (endocrine disrupting) chemicals and solvents, as well as products containing or made from them.

Today we republish a recent article from the Environmental News Network for the benefit of our readers who may wish to avoid unnecessary exposures to benzene, tolulene, ethylbenzene, xylene, and similar chemicals. ~

Four chemicals present both inside and outside homes might disrupt our endocrine systems at levels considered safe by the US Environmental Protection Agency (EPA), according to an analysis released today.

The chemicals – benzene, toluene, ethylbenzene and xylene – are ubiquitous: in the air outside and in many products inside homes and businesses. They have been linked to reproductive, respiratory and heart problems, as well as smaller babies. Now researchers from The Endocrine Disruption Exchange (TEDX) and the University of Colorado, Boulder, say that such health impacts may be due to the chemicals’ ability to interfere with people’s hormones at low exposure levels.

“There’s evidence of connection between the low level, everyday exposures and things like asthma, reduced fetal growth,” said Ashley Bolden, a research associate at TEDX and lead author of the study. “And for a lot of the health effects found, we think it’s disrupted endocrine-signaling pathways involved in these outcomes.”

Bolden and colleagues – including scientist, activist, author and TEDX founder Theo Colborn who passed away last December – pored over more than 40 studies on the health impacts of low exposure to the chemicals.

They looked at exposures lower than the U.S. Environmental Protection Agency’s reference concentrations for the chemicals, which is the agency’s estimated inhalation exposure level that is not likely to cause health impacts during a person’s lifetime.

The analysis doesn’t prove that exposure to low levels of the chemicals disrupt hormones. However, any potential problems with developing hormone systems are cause for concern.

“Hormones are how the body communicates with itself to get work done. Interrupt that, you can expect all sorts of negative health outcomes,” said Susan Nagel an associate professor at the University of Missouri-Columbia Obstetrics, Gynecology and Women’s Health School of Medicine who was not involved in the study.

Cathy Milbourn, a spokesperson for the EPA, said in an emailed response that the agency will “review the study and incorporate the findings into our work as appropriate.”

The four chemicals are retrieved from the wellheads during crude oil and natural gas extraction and, after refining, are used as gasoline additives and in a wide variety of consumer products such as adhesives, detergents, degreasers, dyes, pesticides, polishes, and solvents. 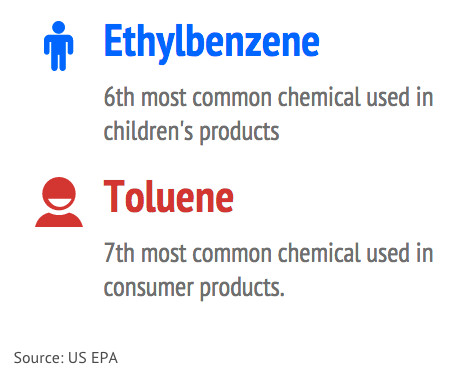 All four get into indoor and outdoor air via fossil fuel burning, vehicle emissions and by volatizing from products. Bolden said studies that measure the air in and around homes and businesses find the chemicals 90 to 95 percent of the time.

Katie Brown, spokeswoman for Energy in Depth, a program of the Independent Petroleum Association of America, said in an email that the study suggests “products deemed safe by the U.S. Consumer Product Safety Commission are more dangerous than oil and gas development.

“Contrary to their intentions, what this report actually shows is that people should be no more afraid of oil and gas development than products in their home,” she said.

The Consumer Specialty Products Association, a trade group that represents companies that manufacturer consumer goods including cleaning products, pesticides, polishes, would not comment on the study but a spokesperson said that member groups typically don’t use the chemicals mentioned.

In several of the monitoring studies Bolden and colleagues examined, levels of the chemicals were higher in indoor air than in outdoor air, suggesting that people might be exposed within their homes.

Nagel cited a “huge need” to look at the impact of exposure to ambient levels of these chemicals. The study highlights “a whole lot we don’t know” about how these compounds may impact humans, she said.

Using human tissue cells, Nagel’s lab has previously shown that the chemicals can disrupt the androgen and estrogen hormones.

“Tremendous efforts have led to the development of successful regulations focused on controlling greenhouse gases in an attempt to reduce global temperatures,” the authors wrote in the study published today in Environmental Science and Technology journal.

“Similar efforts need to be directed toward compounds that cause poor air quality both indoors and outdoors.”

Read this article on the Environmental News Network (ENN): http://www.environmentalhealthnews.org/ehs/news/2015/apr/endocrine-disruption-hormones-benzene-solvents

A new study published in the Journal of Nutrition presents findings that identify risk factors associated with vitamin D deficiency in children. 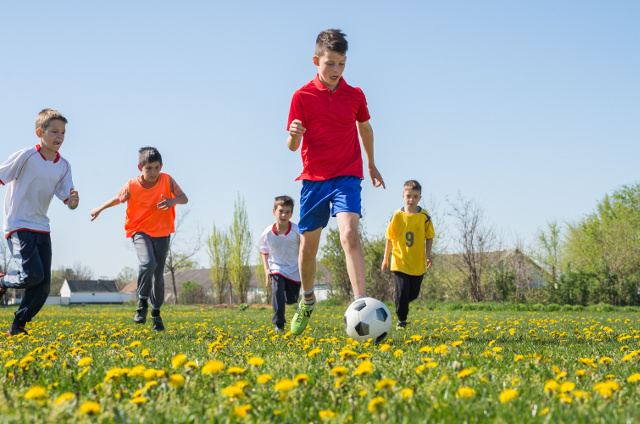 The study was the subject of an insightful article on the Vitamin D Council website. The Vitamin D Council is a 501(c)(3) nonprofit organization, working to educate the public on vitamin D, sun exposure, and health. It serves as a center for evidence-based vitamin D research and is a reliable source for the general public.