I love hydrogen supplements. So should you. Since starting my morning—and often afternoon—routine of making hydrogen drinks in the kitchen, I have come to appreciate the surge of energy lasting many hours, as well as a host of other benefits.

Most of all, I am amazed how easy hydrogen supplements are to use considering how much they do for you, and how well they complement the supplements I already take—seeming to make them all more effective.

I typically use one or two effervescing Active H2 Ultra tablets in 8–16 ounces of water. Then I like to open one Megahydrate capsule directly in the effervescing water. I wait about 90 seconds to let the tablets stop “fizzing” and then I drink immediately. Allowing the drink to sit for a few minutes is okay, but the sooner you drink it, the higher the concentration of hydrogen.

Note: I used Vital Reaction tablets in this video, but my preferred product is the new, improved Active H2 Ultra (tablets) which dissolves in less than one minute—faster than other hydrogen tablet formulas—thereby preserving more hydrogen in the water.

Hydrogen is an antioxidant. It is also an extremely small molecule that can penetrate even the tiniest cellular compartments. This helps explain how hydrogen works to offer free-radical defense throughout the entire body.

The medical and scientific literature is clear. Hydrogen’s modes of action:

The scientific literature discusses the use of molecular hydrogen for many clinical applications, including:

• Neuroprotection, including applications for dementia, Parkinson’s disease, depression, and anesthesia

• Side effects of cancer therapies, including radiotherapy and chemotherapy

According to the Molecular Hydrogen Foundation, there are three ways molecular hydrogen exerts positive health effects.

2. Molecular hydrogen triggers activation or upregulation of additional antioxidant enzymes (e.g., glutathione, superoxide dismutase, catalase, and others) and/or cytoprotective proteins of the body.

3. Molecular hydrogen may be a novel signaling molecule that alters cell signaling, cell metabolism, and gene expression. This may explain its apparent anti-inflammatory, anti-allergic, and anti-apoptotic (or anti-cell death) effects. 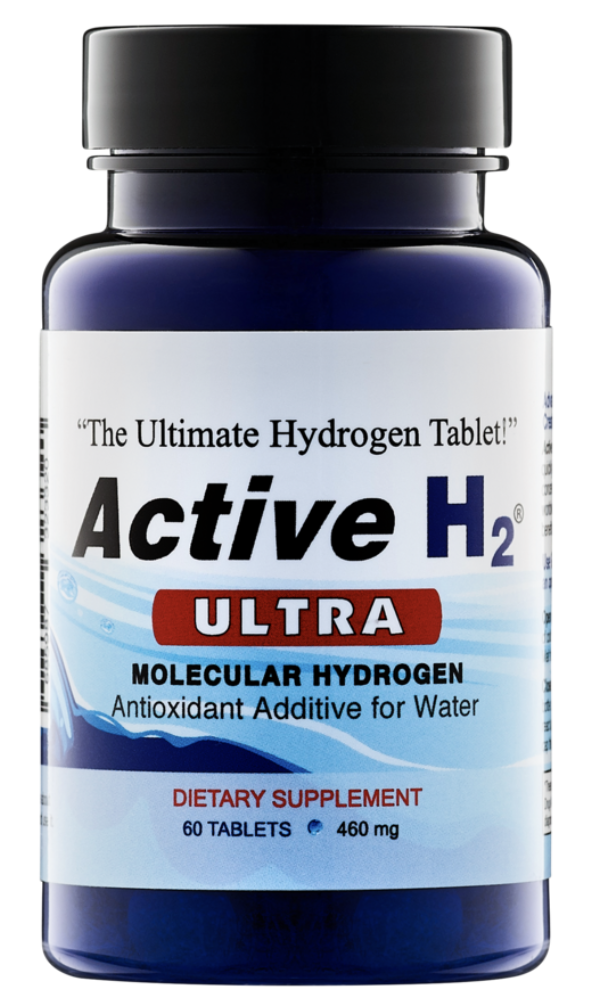 Molecular hydrogen exhibits great safety, and it is regarded as safe for use in the body. It is shown no toxicity even in high concentrations.

Safety standards have long been established for high concentrations of hydrogen for inhalation largely because of the history of high-pressure H2 gas used in deep-water diving gas mixtures for preventing decompression sickness.

Notably, H2 gas combusts only at temperatures higher than 527 °C, and it explodes by chain reaction with oxygen (O2) only in the range of H2 concentration (4–75%, vol/vol).

Molecular hydrogen is used for medical applications safely by several ingestion methods including inhalation of 1–4% hydrogen gas, for example, which exhibits great effectiveness. All these factors mean that hydrogen is safe, easy-to-use, and effective for therapeutic purposes.

According to the Molecular Hydrogen Foundation, drinking H2-rich water is the easiest, and often the most effective, method for obtaining hydrogen.

Drinking hydrogen-infused water is easy to do, and convenient as you can drink it at home or while traveling. Effective hydrogen products HPDI carries include Active H2 tablets and Megahydrate capsules.

As noted, I make one or two hydrogen drinks daily, first in the morning and then often again in the afternoon. I drink them on an empty stomach. I enjoy a significant energy boost, which helps power me through my day. I gain other benefits, including improved athletic performance, noticeably faster recovery from exercise, and an overall greater sense of well-being.

I highly recommend you try hydrogen supplements for yourself, and then consider them for your clients or patients. Our experience is that most people are pleasantly surprised by the results they get from hydrogen supplements, especially if they have a need for exceptional free-radical defense, or stand to benefit from the proven effects hydrogen uniquely provides (see list above).

Once you try hydrogen, you will want to continue taking it because the benefits are so significant. Let the power of hydrogen starting working for you on a daily basis!

Molecular Hydrogen (H2) at the Forefront of Health Research

The Science Behind MegaHydrate by Hank Liers, PhD

Hydrogen supplements like Megahydrate and Active H2 are foundational in the HPDI supplement system.