In the early 1990s one of my chiropractor clients asked me to formulate a proteolytic enzymes formula in capsule form. Specifically, he wanted trypsin, chymotrypsin, bromelain, and papain in the product. I added to this quercetin and grape seed extract for additional anti-inflammatory effect.

My company has been selling this formula under the name Prolyt ever since. It is best described as a full strength proteolytic enzymes formula with synergistic bioflavonoids. Several years ago when I became aware that most of the papayas grown in the world contained genetically modified organisms, I removed the papain and replaced it with curcuminoids from turmeric.

Prolyt today contains the proteolytic enzymes bromelain (from pineapple), trypsin (pancreatic enzyme), and chymotrypsin (pancreatic enzyme), and the polyphenols/bioflavonoids turmeric extract (95% curcuminoids), quercetin and oligomeric proanthocyanidins from grape seed extract in a veggie capsule. While bromelain is often blended with lactose to obtain a reduced standard strength, Prolyt contains the near full-strength proteolytic enzymes extracted naturally from the fruit. 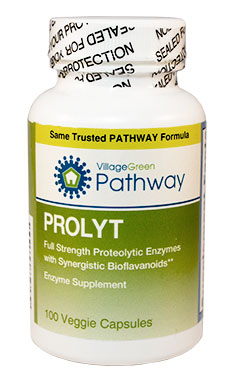 In the late 1990s a friend of mine had a microscope and display system that allowed live blood analysis. This system enabled one to take a blood sample, put it on a slide, and view it on a TV monitor. Frequently, when he performed this analysis one could observe that the red blood cells were clumped together and not functioning well. He would then ask the person being tested to take two capsules of Prolyt and come back again in 30 minutes. The test was repeated and invariably the red blood cells acted like billiard balls, bouncing off one another and no longer clumping together.

One of my clients told me the story about two old men who loved to play golf but could hardly walk due to arthritis. He said once a week these men would buy a bottle of Prolyt, take a handful of the capsules, and proceed to the golf course out of pain long enough to play golf for the day.

A German health practitioner friend of mine told a client of his who was having all of his wisdom teeth removed to take 100 capsules of Prolyt daily after the surgery. His client did it and he found that he not only controlled his pain, but he healed rapidly in less than a week.

The enzyme chymotrypsin, another pancreatic enzyme, also cuts the larger protein chain but at different sites from where trypsin cuts. Chymotrypsin makes its cut at positions along the protein chain that contain very large amino acids such as phenylalanine, tyrosine and tryptophan. The combination of trypsin and chymotrypsin (often along with bromelain) have been used in protocols for breaking down tumors in the body.

DR. GONZALES ON THE HEALTH BENEFITS OF PROTEOLYTIC ENZYMES

In a 1999 Clinical Pearls News interview, Dr. Nicholas J. Gonzalez had this to say about the use of pancreatic enzymes:

“I didn’t come up with the idea to use pancreatic enzymes to treat cancer. The Scottish embryologist, John Beard, who worked at the University of Edinburgh at the turn of the century, first proposed in 1906 that pancreatic proteolytic enzymes, in addition to their well-known digestive function, represent the body’s main defense against cancer. He further proposed that pancreatic enzymes would most likely be useful as a cancer treatment.

“During the first two decades of this century, a number of physicians, both in Europe and in the United States, used injectable pancreatic enzymes to treat advanced human cancer, often times (depending on the quality of the product) with great success. I have collected a number of reports from that time in the major medical journals documenting tumor regression and long-term survival in patients treated with enzyme therapy.

“I began researching the use of oral pancreatic proteolytic enzyme therapy as a treatment for cancer after completion of my second year at Cornell University Medical College in 1981. My research advisor at the time supported and directed my early work, and later supported me during my formal immunology fellowship. In terms of the theoretical foundation, the exact mechanism of action has never been demonstrated. After Beard’s death, the enzyme therapy was largely forgotten and certainly never generated any significant research effort until recently with the funding of my work.

“There are several studies from the 1960s showing, in an animal model, that orally ingested pancreatic enzymes have an anti-cancer effect, and might work through immune modulation, but these studies were preliminary and were never followed-up.

“Dr. Beard believed enzymes had to be injected to prevent destruction by hydrochloric acid in the stomach. However, recent evidence demonstrates that orally ingested pancreatic proteolytic enzymes are acid stable, pass intact into the small intestine and are absorbed through the intestinal mucosa into the blood stream as part of an enteropancreatic recycling process.

“It is clear from our extensive clinical experience that pancreatic proteolytic enzymes have a profound anti-neoplastic effect.”

Bromelain is a mixture of proteolytic enzymes extracted from pineapple that digest proteins. It contains chemicals that when taken between meals might interfere with the growth of tumor cells and slow blood clotting. In addition, bromelain has been used in conditions such as 1) surgeries and injuries (including sports injuries), 2) sinusitis, 3) poor digestion, 4) inflammation, 5) infection, and 6) osteoarthritis. 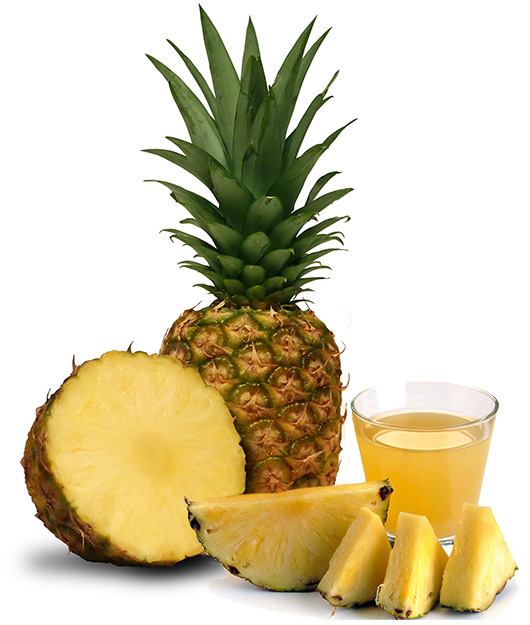 One study suggested that a combination of bromelain, rutosid (a bioflavonoid), and trypsin worked as well as nonsteroidal anti-inflammatory drugs, which are commonly used pain relievers, for reducing knee pain from osteoarthritis. NSAIDs include ibuprofen (Advil or Motrin), naproxen (Aleve), and diclofenac (Voltaren), among others.

There are studies that show bromelain may reduce swelling, bruising, healing time, and pain after surgery and physical injuries. It is often used to reduce inflammation from with tendinitis, sprains and strains, and other minor muscle injuries. Studies of people having dental, nasal, and foot surgeries found it did reduce inflammation. In Europe, bromelain is used to treat sinus and nasal swelling following ear, nose, and throat surgery or trauma.

Turmeric extract (95% curcuminoids) contains three main chemical compounds – curcumin, demethoxycurcumin, and bisdemethoxycurcumin – collectively known as curcuminoids. Curcuminoids have been shown to be Nrf2 transcription factor activators that turn on the production of the body’s own protective enzymes (such as SOD, catalase, and glutathione peroxidase). For more information on the chemopreventive effects of Nrf2 activators see my blog article “Natural Phytochemical Nrf2 Activators for Chemoprevention” 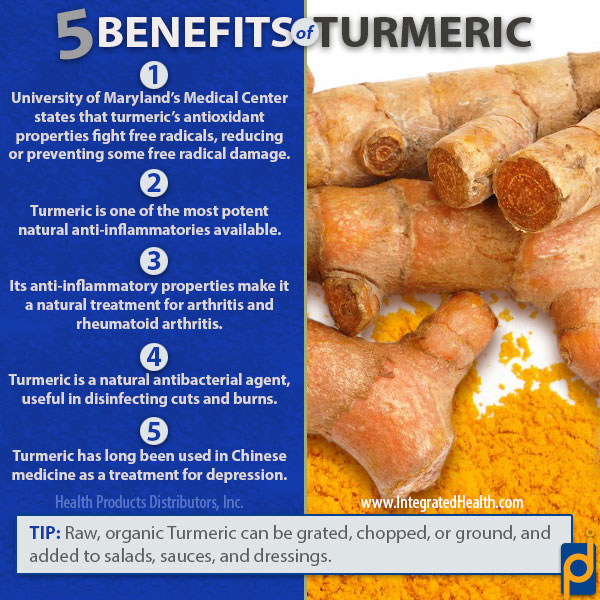 Studies have reported that curcumin and turmeric protect the liver against several toxicants both in vitro and in vivo. A number of reports showed the chemopreventive action of turmeric and curcuminoids. Curcumin is a potent scavenger of free radicals such as superoxide anion radicals, hydroxyl radicals, and nitrogen dioxide radicals. It exerts powerful antioxidant and anti-inflammatory properties. Curcuminoids have been used effectively in cases of arthritis.

Quercetin (a bioflavonoid and known Nrf2 activator) has been shown to have powerful anti-inflammatory effects, and may be helpful to persons suffering from allergic reactions and from swelling due to injury. Quercetin also is known to reduce viral activity and may be helpful with chronic viral syndromes. 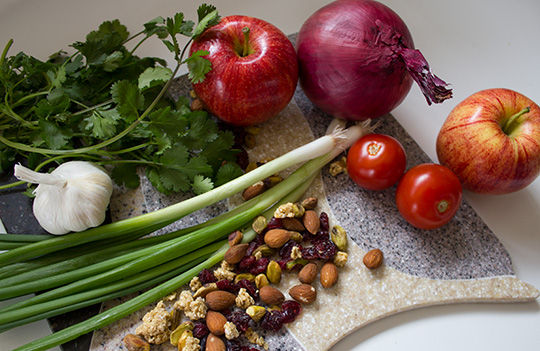 A study published in 2010 by Dr. Mark Davis, et. al. suggestes that as little as seven days of quercetin supplementation at 500–1,000 mg/day can increase endurance without exercise training in untrained participants. These benefits of quercetin may have important implications for enhancement of athletic and military performance. This apparent increase in fitness without exercise training may have implications beyond performance enhancement itself to health promotion and disease prevention. Please watch the video to hear Dr. Davis discuss his research on quercetin (http://www.youtube.com/watch?v=eJ9RUyQdmgs). 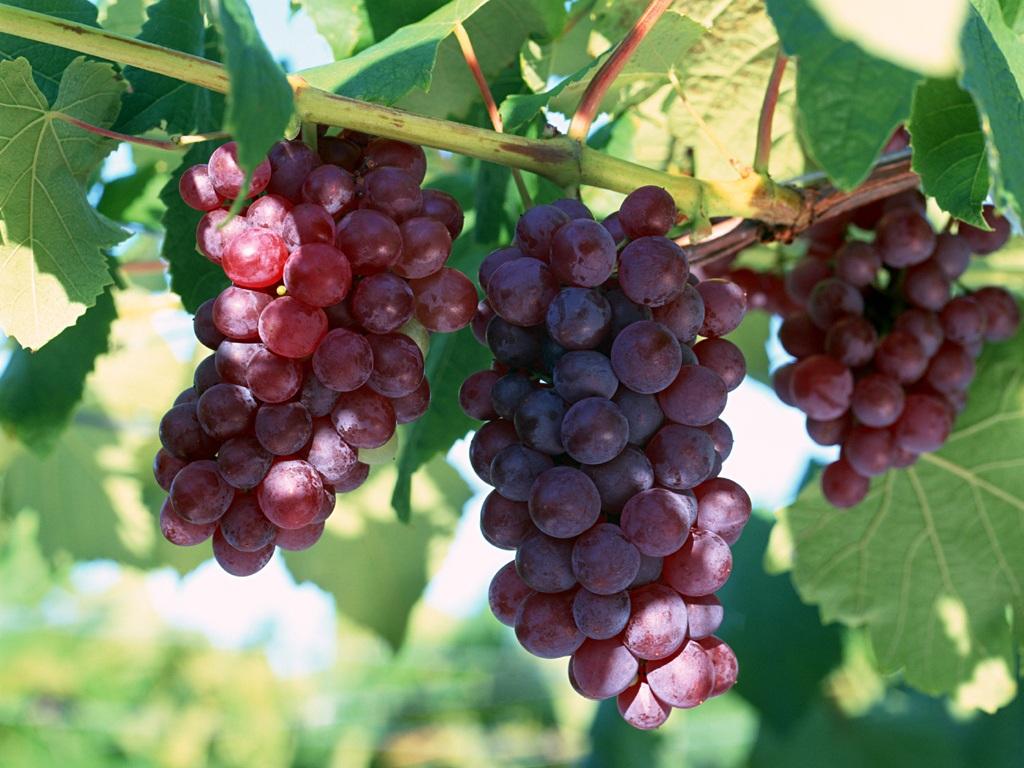 In order to learn more about OPCs, please see my blog article “Review of Scientific Research on Oligomeric Proanthocyanidins (OPC).”

We at HPDI believe Prolyt proteolytic enzymes formula is among the finest digestive enzymes products available today. It is the combination of proteolytic enzymes with bioflavonoids and herbal ingredients exhibiting anti-inflammatory, antioxidant, and Nrf2 activation effects that makes Prolyt so effective.

COMPOSITION: One veggie capsule of Prolyt provides the following percentages of the Daily Value:

SOURCES & RESOURCES FOR PROTEOLYTIC ENZYMES AND OTHER INGREDIENTS IN PROLYT

One of the most significant developments for nutrient uptake and assimilation is the advent of liposomal delivery systems.…
Read More
0
0
0
In early 2012 a friend of mine told me about a new product he was taking from a…
Read More
0
0
0
It has finally arrived — the exciting new Terraflora™ synbiotic. A synbiotic is a combination of probiotics and…
Read More
0
0
0
The Orthomolecular Medicine News Service (OMNS) published on June 12 “The Need for Iodine Supplementation.” We believe strongly…
Read More
0
0
0
We live in a digital world enjoying convenient and limitless access to people, information, and the Internet of…
Read More
0
0
0
When I first learned about Nrf2 activators in early 2012, I became quite enthusiastic about new knowledge that…
Read More
0
0
0